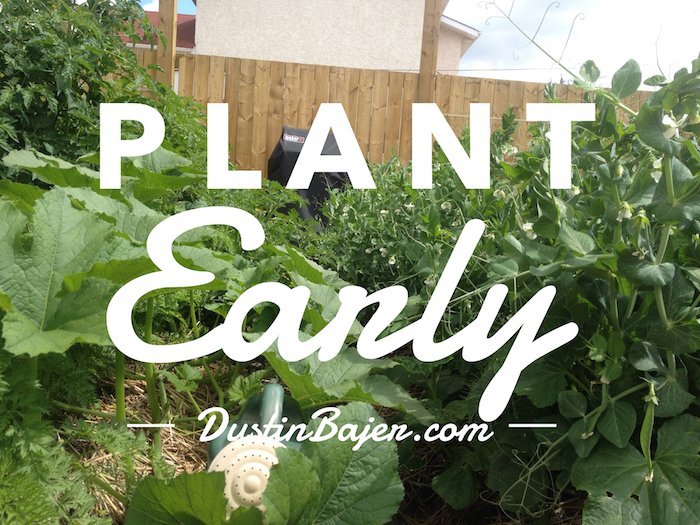 Is May Long Weekend The Best Time To Plant A Garden in Edmonton?

Originally written for and publised by Boyle McCauley News

When I was growing up, my parents kept a large vegetable garden in the backyard. Each spring, my Mom would bring out an ice-cream pail of seeds, a bundle of wooden stakes, a garden hoe, and a roll of twine she got from my Uncle – a nearby cattle farmer.

I watched as she paced the distance between rows – carefully placing one foot in front of the other – before pressing a stake into the ground. She repeated the ritual on the other side of the garden and pulled some twine tight between the stakes to mark the row. Tilting the hoe at an angle, she added a shallow trench along either side of the string. We were ready to plant.

For as long as I remember, this ritual happened every May-long weekend.

For most gardeners, the tradition of planting on the Victoria long-weekend is familiar. Exactly where it comes from is uncertain, but the ritual has likely been passed between generations of gardeners (as was the case for both my Mother and myself) or between established and new Albertans. Most gardeners cite frost as the reason they wait until the third weekend of May.

In Edmonton, our average last day of frost happens is May 12th. If frost is the determining factor, it makes sense for Edmontonians to wait until the long-weekend (usually falling between the 15th and 23rd). However, we only need to look at our neighbours to the South to learn that this logic isn’t as sound as it appears. In Calgary, the average last day of frost is May 22 – a full ten days after Edmonton – and yet, Calgarians plant their gardens at the same time. If they were as concerned about frost as Edmontonians, they should be planting their gardens at the beginning of June. So what’s going on?

In reality, seeds have evolved to withstand a variety of inhospitable conditions, including cold. In fact, many seeds benefit from cold exposure; a process called stratification. In nature, seeds fall from their parent plants, lay dormant throughout the winter, and germinate when conditions are right in the spring. To take advantage of nature’s genius, plant your garden as soon as the ground thaws enough to work; typically mid to late-April. In an extreme example, sow your seeds in mid-October when daytime temperatures are cold enough to prevent germination.

Though there is always the risk of late hard frost, the seeds know when it’s safe to emerge. If you’re still nervous about planting early, buy yourself a length of inexpensive floating reemay cloth from your local garden centre and drape it over your plants. Reemay cloth lets light and water through while retaining warmth near the soil. So get a jump on the growing season and plant your seeds early!

The McCauley gardening community is looking to organise regular meetings and events. If you’re a McCauley gardener, we want to hear from you! Take 5 minutes to complete a short survey and I will enter you into a draw to win a hardy apricot tree!