You are here: Home / Dustin Bajer's Articles / 11 Beekeeping Tips Every Beginner Should Know 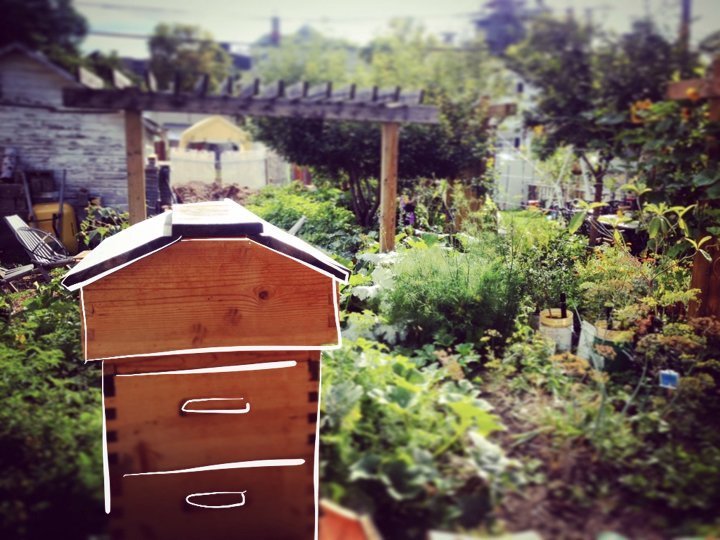 Beekeeping Tips I Wish I Had When I Started Keeping Bees

When it comes to keeping honeybees, there’s a lot of contradictory advice. There’s an old saying that if you ask 100 beekeepers a question, you’ll get 101 answers. A longtime beekeeper even told me that honeybees could not survive off of honey – so I’m not sure why they’re making so much of the stuff. So how do you cut through the noise to find the beekeeping tips and tricks that will work best for you? Careful research and some trial and error. Here are 11 beekeeping tips I’d give anyone interested in keeping bees:

Before you ever pick up a beekeeping book, pick up a book on honeybees biology, evolution, and behaviour. Start by learning about bees then learn about beekeeping. The more you can learn about honeybees the better the beekeeper you’ll make. Once you understand what bees are trying to do, you’ll know how to manage them. You’ll also be able to spot poor beekeeping advice a mile away because, as it turns out, honeybees love honey.

The honeybee is the most studied insect in the world, so there’s plenty of good books from which to choose. Two of my favourite bee books are “The Bee: A Natural History” by Noah Wilson-Rich and “Honeybee Democracy” by Thomas Seeley. Once you’re feeling confident with honeybee biology, move on to a good beekeeping book. I suggest “The Practical Beekeeper” by Michael Bush.

There are many hive designs, but I’m going to suggest picking one that uses movable frames. Frame secure the comb in place but more importantly are removable and allow you to perform regular hive inspections, swap frames between boxes, do splits, and use an extractor.

In my experience, bees prefer to build honeycomb from scratch; probably because it gives them the freedom to buld worker or drone cells whenever and wherever they want. As a bonus, going foundationless is less expensive.

Beekeeping Tip 4: Use One Size For Brood and Honey

Using deep-boxes for brood and medium-boxes for honey supers is standard practice, but you can save yourself the hassle of buying two sizes of boxes and frames by using one size for everything. I find this especially helpful for splitting colonies or making nucs. When you’re using the same size for everything, the only difference between a brood box and honey super is what’s in them.

Should you use deeps or medium-boxes? I like medium-boxes because they’re lighter and more manageable. One downside is that standard nucs tend to come on deep-frames. If you want to use deep-boxes but want to keep things light, consider using eight frame equipment. 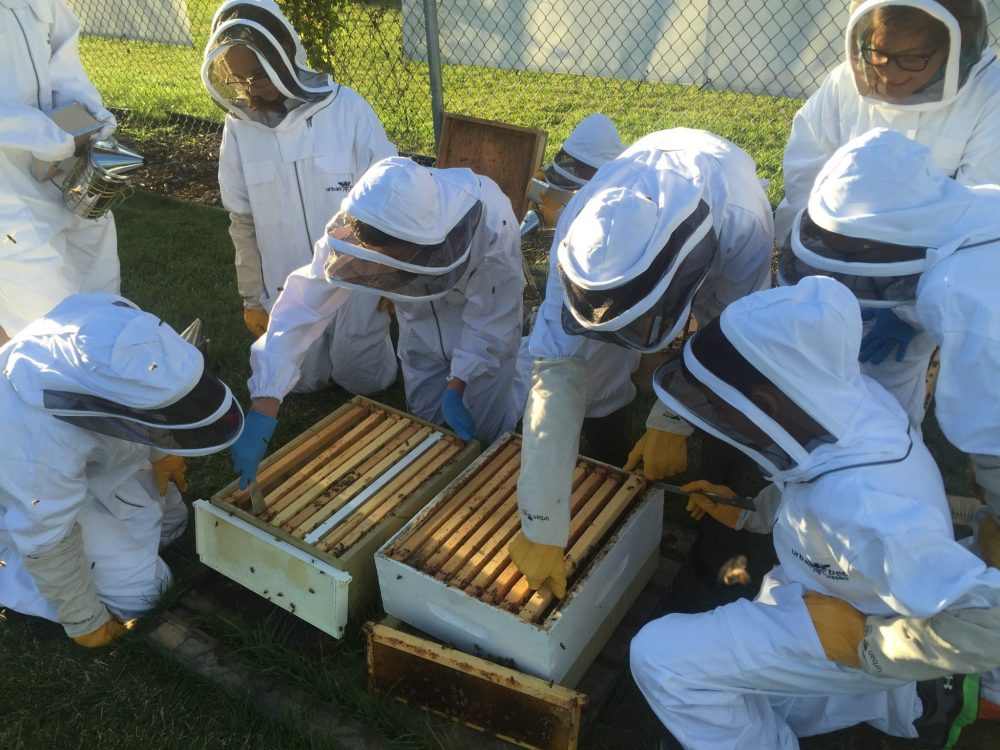 Remember when I said 100 beekeepers would have 101 opinions? There are at least that many thoughts on using a queen excluder. What’s my opinion? You don’t need it, and neither do the bees. It might be important if you’re using different sizes of boxes for brood and honey but you’re not – so it isn’t. If you added a box above the brood and the queen moved into it than she apparently needed the space. Queen excluders artificially suppress the size of the brood and can lead to unnecessary swarming.

Beekeeping Tip 6: Swarming Is Natural (But Probably Not Desirable)

Swarming is how a honeybee colony reproduced, and all living thing want to reproduce. A swarm occurs when a hive runs out of space and divides itself in half. As a beekeeper, it’s not great to watch your queen and half your bees fly away. Fortunately, beekeepers can simulate this division by making splits or creating nucleus (nuc) colonies. I split my strongest hives in the spring or whenever I see signs or swarming (swarm cells) early in the year. I tend to keep smaller colonies as a result, but it’s much easier than chasing after swarms. I also love watching queenless hives make new queens.

An added benefit of swarming (or making splits) is that it induces a break in the brood cycle. Since varroa mite – a significant honeybee pest – reproduces in the brood, this break also cuts down on varroa.

Most of our queens are bred for honey production and come from New Zealand, Hawaii. However, I’m fond of local mutts – genetic stock from surviving local bees. A mutt may never outperform a greyhound, but they tend to have fewer health problems.

You can breed mutts by splitting your strongest hives and letting them raise new queens. When the new queen emerges, she’ll mate with drones in the local area.

Beekeeping Tip 8: Two Hives Is Better Than One

Setting up two hives may be more expensive, but it will give you more management options. A second hive lets you transfer honey, pollen, or brood from a stronger to a weak colony. If one hive goes queenless and doesn’t have any eggs, you can supplement them from your healthy hive.

It’s also important to remember that a colony is a living thing with a finite lifespan. If your zoning permits it, aim for more hives than you want to keep. If you want one hive, keep two. If you want to have ten colonies in the Spring, go into winter with fifteen.

The closer you can keep your hives the better. People are always tempting me with land outside of the city where I can keep bees to my heart’s desire, but I know that the added travel time will mean that I won’t be checking them as often as I’d like. The more accessible your colonies are, the better care you’ll give them. I prefer my backyard where I see them every day.

A healthy hive can run out of space, make queen cells, and swarm in less than two weeks. That’s why I  inspect my bees every seven to ten days between Spring and Fall. An inspection includes opening the hive, checking that the bees have enough space, and physically removing and inspecting each frame of brood. I’m looking for eggs, larva, capped brood, queen cells, and any signs of stress or diseases. If I don’t see a healthy brood pattern, I start looking for the queen. I budget 30-45 minutes per hive.

If you’re anything like me, you’ll want to peek inside your hive ten times a day. Don’t. Needlessly opening the hive lets all the heat out and stresses the bees – especially when they first trying to get established or when it’s chilly outside.

As an extension of this tip – resist insulating your hives at the expense of ventilation. Wrapping a hive too tightly will cause moisture to build up. Wet bees are dead bees. I’m convinced that an under-insulated colony will outsurvive an under-ventilated hive. Fortunately, you can do both with a Warre-top quilt box.